Last month I was travelling to Scandinavia and as I was killing my time in the duty-free shop at the Larnaca Airport, my attention was immediately drawn to the Nina Ricci stand. Among all the beautiful, elegant bottles of various fragrances, two of them were standing out. They were adorably monstruous. One was featuring a cat and the other an owl. Each one was with a fluffy brightly coloured pom-pom around the bottle neck. These are Les Monstres de Nina Ricci, limited edition fragrances released in January this year.

The famous Nina (from 2006) and Luna (from 2016) scents from Les Belles de Nina range have been repackaged. Brazilian artists Ana Strumpf and Guto Requena have transformed the iconic apple bottle into cute little monsters. The scents have had a bit of a remix as well. The perfumers, Marie Salamagne and Christophe Raynaud, are behind Luna and Nina was created by Olivier Cresp.

As I am obsessed with anything cat-themed, I bought Luna. The Luna bottle is blue, featuring a cat’s face with protruding pink eyes and a detachable fake fur blue pom-pom around the neck.

The fragrance itself is a combination of fresh, fruity aroma of pineapple juice and lime at the top notes, creating a bright and sharp opening which is followed by the floral heart notes of freesia and orange blossom. The base notes of caramel and blond woods are those that prevail, once the scent sets on your skin. The fragrance is not overwhelming and it can be worn day and night all year around, except in the summer in my opinion.

The longevity is below average and you will have to reapply it often.

We all have our little inner monster and Nina Ricci is urging us to liberate it! Therefore, the hashtag of the advertising campaign is #freethemonster.

The fragrance is available as a 50ml and 80ml Eau de Toilette. The price for a 50ml bottle is 57,00EUR at the Larnaca Airport. 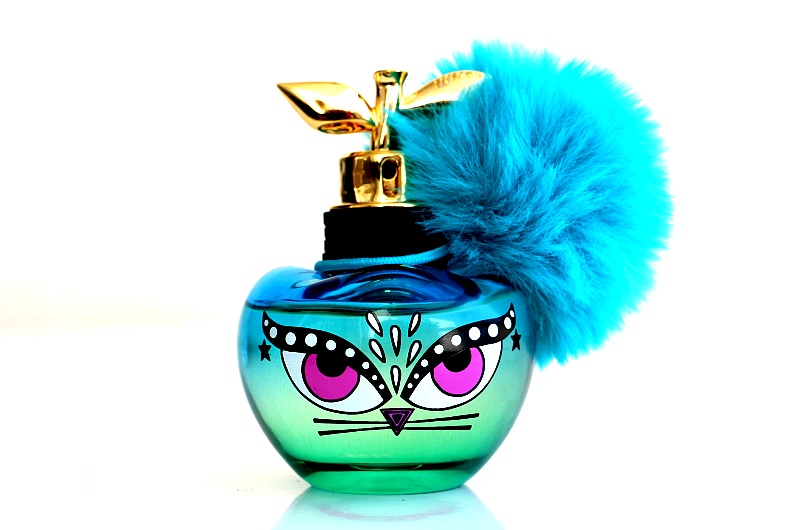 By continuing to browse or by clicking "Accept" you agree to the storing of cookies on your device to enhance your site experience and for analytical purposes. To learn more about how we use the cookies, please see our Cookies Policy. To get more information about the processing of your personal data, please check our Privacy Policy.
Cookie settingsAccept
Manage consent

This website uses cookies to improve your experience while you navigate through the website. Out of these, the cookies that are categorized as necessary are stored on your browser as they are essential for the working of basic functionalities of the website. We also use third-party cookies that help us analyze and understand how you use this website. These cookies will be stored in your browser only with your consent. You also have the option to opt-out of these cookies. But opting out of some of these cookies may affect your browsing experience.
Necessary Always Enabled

Any cookies that may not be particularly necessary for the website to function and is used specifically to collect user personal data via analytics, ads, other embedded contents are termed as non-necessary cookies. It is mandatory to procure user consent prior to running these cookies on your website.